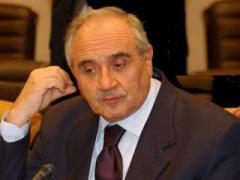 April 23rd is always a funny day in Turkey. It is national holiday because it marks the day, now eighty-seven years ago, when the National Assembly was founded in Ankara, formally breaking away from the Sultan’s government in Istanbul. The man who orchestrated that break, Mustafa Kemal Atatürk, dedicated the day to all children, which is why it is known throughout the country as “April 23rd National Sovereignty and Children’s Day”.

The drill tends to be pretty much the same each year. In the morning, the prime minister announces to a mass of reporters that he is handing over his duties, albeit temporarily, to a child. The new junior prime minister then speaks of his hopes for Turkey’s future, and takes a few light-hearted questions from the press. In the afternoon, there are festivals and performances by children at stadia across the country.

By the evening, it is time to mark that serious business of national sovereignty, with a reception at parliament. These have been strained affairs since the AK party’s election, with intense speculation on whether any headscarved wives might turn up, and why the prime minister so insists on wearing a necktie rather than a bow tie. This year, as day eight of presidential nominations drew to a close, things were a little different. The AK MPs gathered at the reception (opposition attendance was particularly low) were guessing who they thought the next Commander-in-Chief was to be.

The name on many people’s lips was Vecdi Gönül. The defence minister, who stood for president in 2000 and withdrew only after Ahmet Necdet Sezer’s name was thrown into the ring, is not a complete surprise. He had been included several weeks ago in an internal AK party survey of potential candidates. His cabinet portfolio certainly makes him more acceptable to military chiefs. Oh, and his wife doesn’t wear a headscarf.

Is that candidate Vecdi Gönül?

There are, as ever, other names swirling around. One that has been spoken quite often is Nimet Çubukçu, the cabinet minister for women and family affairs. When asked, all she would do was ask for “a little more patience”, nothing more. She tried to parry the questions by saying she had a cold, and was not feeling particularly well. There are some countries where that sort of answer is enough to declare you unfit for the job.

With just under 48 hours to go until nominations close, the AK candidate seems decided. All that remains now is for the name to be revealed, and it is the prime minister who has the pleasure – and the discretion – to make the announcement. Some do think the name will be revealed at a parliamentary group meeting tomorrow, but it seems more likely that it will be held off until Wednesday. Following that, the first round of voting could be as early as Thursday.

You can’t deny it, it’s democracy in action.