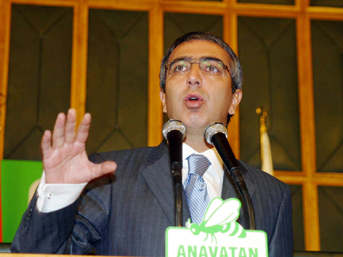 Erkan Mumcu, leader of parliament’s third-placed Anavatan party, has just announced his party too will not be taking part in this afternoon’s presidential election. Anavatan has twenty MPs in parliament.

Today’s vote will be going ahead regardless. The CHP will be watching it very closely, and is to demand a register as soon as voting is over. Their legal challenge will most likely be launched before the day is over.

It is very unlikely now that Mr Gül will be elected in this round, or indeed in the second round, but the other AK candidate Ersönmez Yarbay did say he would withdraw if all the opposition parties boycott the vote. They have just done that.

AK party MPs have now started to enter the parliament chamber. It’s probably a sensible idea: with, 353 of them, it must be a bit of a squeeze.