With a few exceptions here and there, Turkey’s rebrand exercise hasn’t caught on in the media

byJamesInTurkey.com
3 minute read
What’s in a name for a country?
Total
1
Shares
1
0

Just over a year ago, Turkey announced in a single-page memo that it was changing its name.

The document – signed off by President Erdoğan on 4 December 2021 – was mostly waffle, talking about the country’s “brand” and how its millennia of traditions needed to be represented collectively.

It was the memo’s penultimate sentence that delivered the punch: “Beginning with official contacts with other countries and international organisations, all due sensitivity will be shown in using the term ‘Türkiye’ in place of terms like Turkey, Turkei [sic], Turquie etc.”

The state broadcaster and news agency were early adopters.

In the months that followed, Turkey officially changed its registered name at the United Nations, as well as the Council of Europe, the European Union and NATO.

Many sporting bodies have made the switch: football’s FIFA and UEFA are on board, as is the International Olympic Committee.

There’s also been a smattering of other countries that have adopted Türkiye specifically when it comes to direct dealings with Turkey – think Israeli president Isaac Herzog’s visit to Ankara in March, or just about anything uttered by Sweden or Finland about their NATO membership bids since war broke out in Ukraine.

A few inexplicable holdouts do exist – TRT Français persists in using “la Turquie”, while the website of the Turkish Embassy in Mexico proudly flaunts “Turquía” – but these days most organisations run by the Turkish state have made the switch.

And there are some non-Turkish outlets that are transitioning too.

Forbes magazine is keeping a foot in both camps; ABC News in Australia has jumped in feet-first and, somewhat unexpectedly, Amnesty International has too.

Yet by and large, the non-Turkish media has not followed suit.

Here’s a non-exhaustive list of English language outlets that reported on Presidential Circular 2021/24 but then shoved it into the kitchen drawer and forgot it ever existed:

They should probably keep it in that kitchen drawer – for two reasons.

First, although countries are entitled to change their names, not every name change is legitimate.

Burma’s military authorities announced in 1989 that the country would be now known as Myanmar. Yet many Western governments doggedly kept with Burma for years because the reform was introduced by a government without a democratic mandate. The Western media followed suit.

There are real concerns about the way Turkey made its switch. Last year’s single-page declaration in the Official Gazette has no formal weight in law – it isn’t a presidential edict.

Like so much of what is decided in Turkey these days, there was no public debate or consultation over changing the name, and MPs were not asked to vote about it in parliament.

Yes, the president who signed the document was elected in 2018, but this isn’t a policy on which he can claim a direct mandate: his manifesto did not mention changing the country’s name and it was not an issue during the election campaign.

Solving a problem that doesn’t exist

The second reason why the switch shouldn’t happen is much more important to non-Turkish media outlets: it doesn’t work with audiences.

Turkey is a strong brand as it is. It is already an instantly recognisable country abroad, either as a holiday destination or as a Muslim country in close proximity to the Middle East.

There is no evidence, none, English speakers genuinely confuse the country with poultry. The only time it happens is through poor attempts at humour.

Some suggest Erdoğan’s bid to rebrand the country is less about brand awareness, and more about rebuilding the country in his image.

There is a bit of clever politicking here: ıt is a markedly difficult policy for domestic politicians to oppose. In today’s political climate, anyone who argues against using a word in the Turkish language could be accused of treason.

But does that mean we’re stuck with Türkiye in official communications for evermore?

Remember, Erdoğan’s document has no weight in law, so it doesn’t need to be overturned. A future administration could simply ignore its contents entirely.

That’s unless “Türkiye” catches on in the English-speaking world, but right now the chances of that don’t look good. 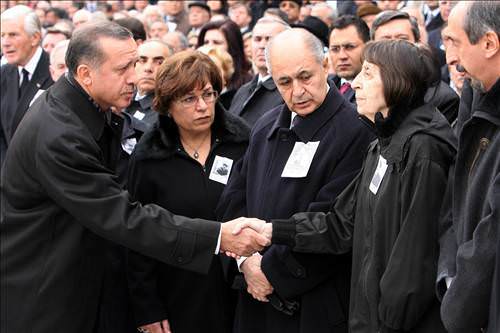 It’s fascism! It must be!

A number of newspapers were taken aback by the surprise decision on Sunday to requisition the property of Ciner media group.
byJamesInTurkey.com 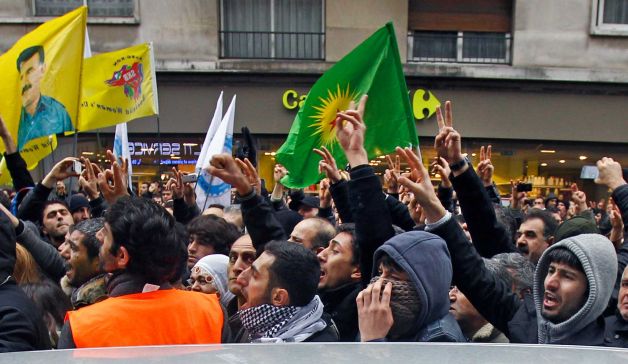