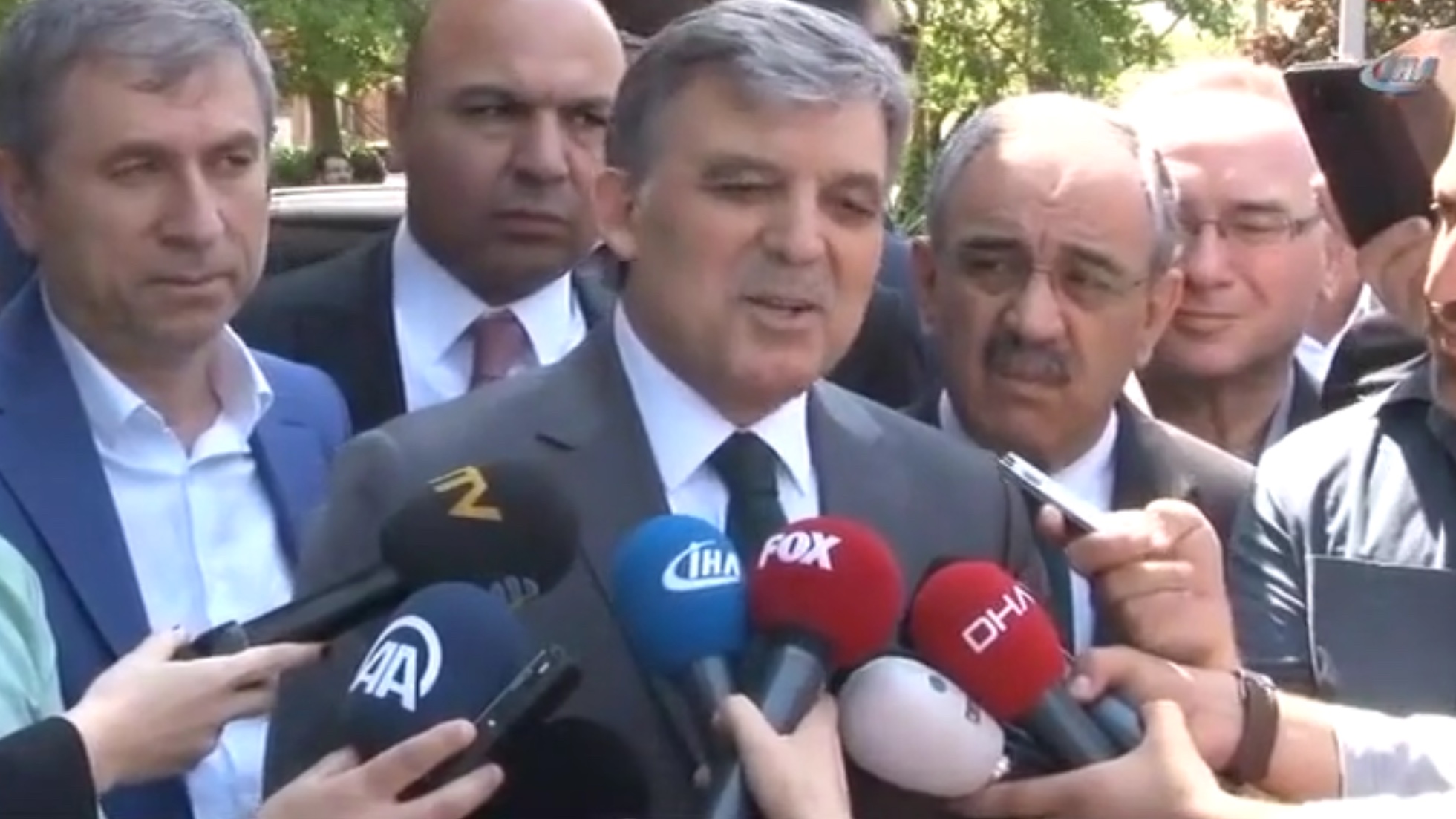 Barring a major surprise, the former president is not expected to challenge Recep Tayyip Erdoğan

It is far more likely than not that, when Abdullah Gül holds his much-anticipated press conference on Saturday, it will be to say he won’t run for president.

It follows ten days of fevered speculation that the former president might challenge his successor and former political ally, Recep Tayyip Erdoğan.

The two fell out many years ago and Mr Gül is known to have opposed the move to grant sweeping executive powers to the holder of his old job.

But after a lot of hesitation, Mr Gül will probably say he’s decided not to take the plunge.

It will of course be phrased differently. “I don’t want to contribute to the already tense political situation,” he may choose to say.

He could also go with something along the lines of: “I have already served my country as president and see no reason to return the role, but reserve the right to speak out on matters of national importance.”

Of course, all of the above is a prediction. Mr Gül could stun me and other observers of Turkish politics by announcing he has accepted the Felicity Party’s (SP) offer to endorse him.

It would create a huge split in the AK Party, Turkey’s most successful political movement this century.

But nothing has happened this past week – or, indeed, for most of the past two decades – to suggest he will do it.

Mr Gül is widely credited for inspiring AK by leading a reformist movement that almost clinched control of its predecessor party in 2000.

Turkish political parties tend to cling onto their leaders for years, if not decades, and Mr Gül’s move was an attempt to wrest control of the religious Fazilet (Virtue) Party from the aged, veteran politician Necmettin Erbakan.

It was a rare and remarkable act of courage and, though unsuccessful, led to the new AK Party.

Mr Gül was remarkable, too, in ceding the leadership of that new party to Mr Erdoğan, who at the time had only been mayor of Istanbul – a convicted one, at that.

He recognised Mr Erdoğan had the charisma and popular appeal to reach sections of the Turkish electorate Mr Gül could not.

There is no doubt that decision to avoid a power struggle contributed to AK’s runaway 2002 victory.

But Mr Gül’s subsequent career has shown how he has bent himself backwards to avoid a public confrontation for the sake of keeping the AK Party together. Even after becoming president, when he technically outranked Mr Erdoğan, the polite and softly spoken Mr Gül has consistently played down disagreements on matters ranging from internet censorship policy to allegations of corruption in government.

Since leaving the presidency in 2014, he has not returned to the AK Party (despite saying he would) or publicly expressed a view on Turkey’s switch to an executive presidency (he prefers the parliamentary system).

These past ten days – in which Mr Gül held long meetings with SP leader Temel Karamollaoğlu, Mr Erdoğan held crisis talks with estranged colleagues like Bülent Arınç and Ahmet Davutoğlu and the press speculated endlessly – have certainly been exciting.

But Abdullah Gül has left himself plenty of room for retreat and he seems set to use it.

Could he have won? Frankly, it’s doubtful. Mr Gül is understood to have sought cross-party backing as a unity candidate and that might have been because he knows he cannot challenge Mr Erdoğan’s brash populist campaign style. But the main opposition CHP made clear this week it intends to field one of its own in the contest.

Yes, I could be wrong. Mr Gül had a cheeky smile on his face after Friday prayers when he told journalists that a mosque courtyard was not the appropriate place for him to be discussing matters of national importance.

“I will summon you all tomorrow,” he said, “and tell you in detail what I think and what I will do.”

So there’s still scope for a rabbit in a hat.

But regardless of what he announces, don’t expect a wholehearted endorsement of Mr Erdoğan. They loathe each other these days.

Update 2pm: Mr Gül announced he is indeed not running. He said it was clear there was no broad consensus in place to support him, demonstrating he did indeed consider a run. He did not endorse Recep Tayyip Erdoğan.