A time to be rational

Turkey votes yes in its first referendum in two decades

Turkey votes yes in its first referendum in two decades

Yesterday saw the acceptance by the Turkish people of a package of reforms that brings about some important changes to Turkey’s executive command, and more subtle – but no less substantial – changes to the workings of parliament. Unofficial results gave a solid “Yes” vote (69 percent), although turnout (67 percent) was the lowest recorded for a Turkish referendum.

The public consultation comes as Turkey is in the news for very different reasons, be it terrorism on the Iraqi border or Armenian bills in the US House of Representatives. The referendum has its roots in a government angry at not being able to elect its choice of president. Since then, there has been a general election, followed by a president one, and the number of dead in the southeast has been topped up by another few hundred. So the original motive for a public vote is gone, and there are other pressing things to worry about. Was the referendum worth it?

Of course it was. One of the reforms – electing the president by the people – is material to the way Turks are governed, and we now know Turks do want to choose their president in future. Turkish presidents from now on, including the incumbent Abdullah Gül, will serve no more than two five-year terms.

A less-trumpeted reform reduces the term of parliament to four years. This serves to formalise what has already been something of a tradition for Turkish parliaments for decades; it also reduces the possibility of a new president and parliament being chosen in the same year.

The other changes relate to quorum and voting procedures in parliament. The number of MPs needed for a session to be quorate is explicitly set out at 184 – a third of the total number of members plus one. This should prevent future brawls over the constitution like the one in the spring that annulled an attempt to elect Mr Gül and triggered an early general election.

Critics have dismissed the last change – and therefore the entire referendum – as a redundant, technical matter. They point to Mr Gül’s election, the fresh AK mandate, and the work on a new constitution. One critic on NTV last night described it as “madness” that any party would willingly want to reduce its own parliamentary term. But let it not be forgetten that it was a mere “technical” argument over 184 or 367 votes that gridlocked Turkish politics for a fortnight. It was all worth it if only to prevent that from happening again.

The decision to push ahead with the referendum is also a show of principled politics on the part of the AK party: it shows consistency and a belief that a public vote is a way to put issues to the people, not just an avenue to push their man to the top.

The critics do have one very important point. It had not been entirely clear whether Mr Gül would have to immediately step down and contest a direct president election if there was a yes vote. Parliament voted just last week to clear up that anomaly, but voters based outside of Turkey had already been voting on the original text at border checkpoints since September. You can’t change the rules after the game has started, however small the change might be.

The Turkish press has been remarkably uninterested in the news this morning, and that is unsurprising. The referendum coincided with the deaths of twelve Turkish soldiers in a PKK attack on the village of Dağlıca, close to the Iraqi border. Up to thirty terrorists were killed in the hot pursuit that followed, but army sources estimate there were up to 150 PKK members involved and most of them had disappeared back over the border. No country can tolerate attacks of this size and frequency for long.

The big question is whether the AK government will use its fresh parliamentary approval to launch a cross-border raid into Iraq and seek out the PKK camps. The answer is that Turkey has about as much right to enter Iraq as coalition forces did in 2003. The reality is that a raid would probably have little effect, just like the twenty-four attempts that preceeded it. But this is a country that is getting impatient and insecure. Acumen doesn’t come into it. 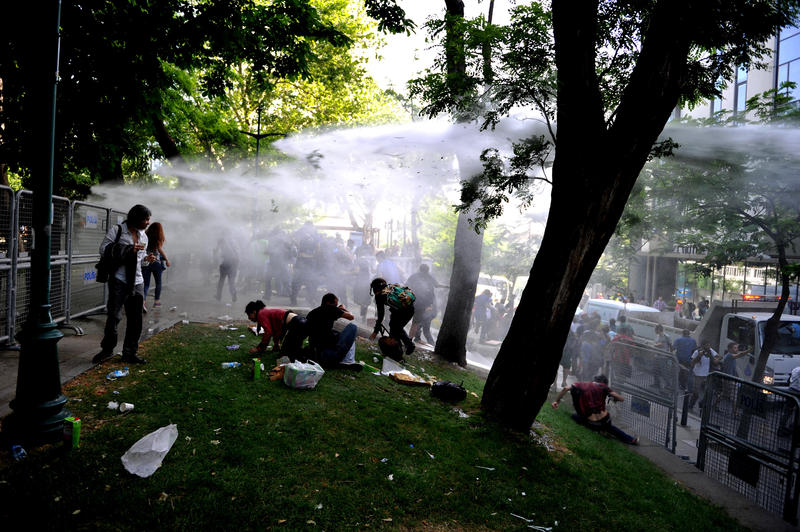 Bülent Arınç, the speaker of Turkey’s parliament, has waded into the discussion over the election threshold. He slated…
byJamesInTurkey.com