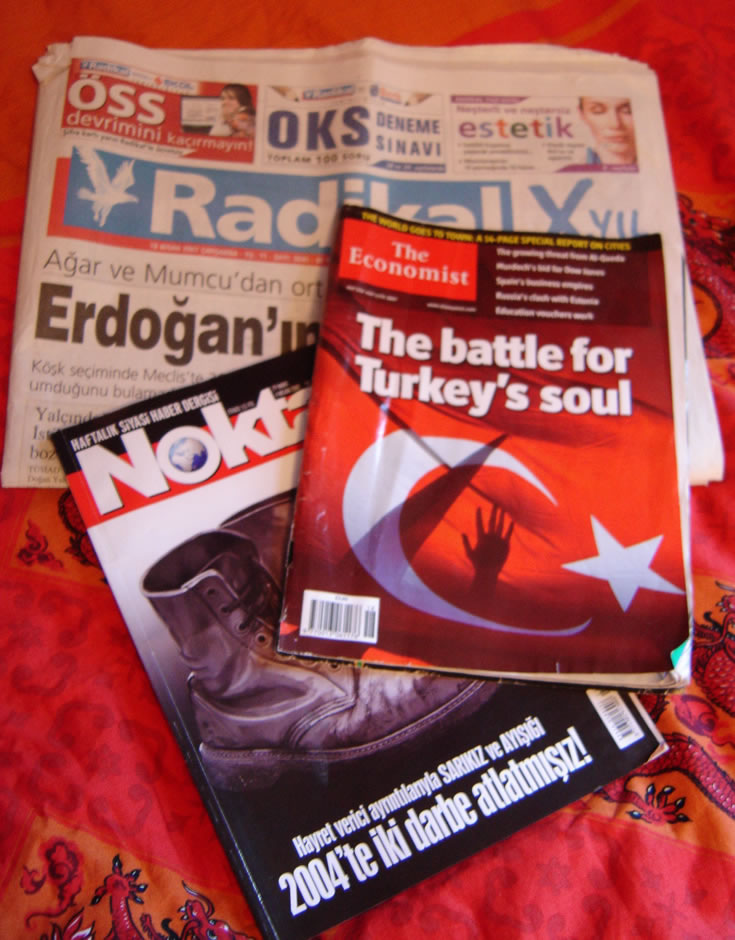 Journalism would not be journalism if it did not sometimes court controversy. 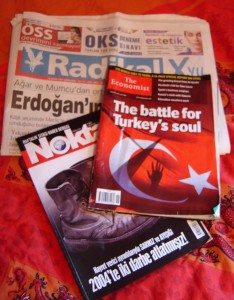 Journalism would not be journalism if it did not sometimes court controversy.

Adnan Menderes is remembered with a combination of fondness and embarrasment in Turkey today. Embarrassment, because his government was toppled in Turkey’s first military intervention since Ottoman times, and Menderes himself was tried and hung.

His death was either an accident or a convenient mistake, depending on your point of view. The telephones at the prison mysteriously went dead just before the execution, and a personal appeal from the president to halt the process never got through in time.

Today it is remembered as one of the darker chapters in Turkish history. Even the army has expressed regret. And Menderes’s reputation is secure: after all, he headed Turkey’s first successful opposition party and led the country through a decade of reform and development in the 1950s. His name now graces an airport and a university. That’s the fondness. He will not be forgotten.

But for all his zealousness, Menderes was a stubborn man, and he didn’t think much of the media either. He tightened press censorship laws in the latter half of his premiership, and made an especial effort to suppress – not ignore – criticism of his policies. It was partly this behaviour that alarmed military chiefs in the first place. He appeared to be openly challenging Atatürk’s secular state without letting anyone else be open in their objections.

Menderes’s style – his programme of reform, his outspoken character, his contempt for the press – has often been compared to the current prime minister. Recep Tayyip Erdoğan has sued many journalists and cartoonists over the past five years for personal denigration, seemingly oblivious to the fact that his efforts only grant his critics a wider audience. But he has made a handsome sum in compensation too.

Last month, The Economist took Turkey to its front cover with the headline “The battle for Turkey’s soul”. The leading article inside showed depth and a thorough understanding of Turkish politics, clearly written by someone living in, or at least familiar with the country. It came to the conclusion that “if Turks have to choose, democracy is more important than secularism”. It encouraged the re-election of Mr Erdoğan’s AK party on July 22nd.

What interested me about the piece was the reaction. Many people I spoke to were surprised at how blatantly the Economist aligned itself politically – newspapers in Turkey do show political leanings, but they are rarely arresting in their support.

Others were outraged at how a foreign publication could dare to comment on Turkish affairs. An NTVMSNBC report on the story is a telling example. “What right do the British have to comment?” says one particularly informed commenter from Ankara. “The British couldn’t defeat the Turkish army (in 1923), so they are passing the task on to the AK party.” Another asks the Economist when it will stop meddling in Turkey’s internal affairs. There is also condemnation of British imperialism and vows to overcome it.

In 2005, a Swiss magazine quoted the author Orhan Pamuk as saying “Thirty thousand Kurds, and a million Armenians were killed in these lands and nobody dares to talk about it.” He was referring to Turkey. The words landed him in court, brought him several death threats and probably contributed to his Nobel literature prize last year. Many Turks were angry at his words, including President Sezer, who conspicuously failed to congratulate him on his Nobel victory.

In April of this year, Nokta magazine (see my picture, above) ran what it claimed were the diaries of a retired general, in which he purportedly says there had been plans for a military coup in 2004. The story caused quite a stir, particularly when the former chief of staff became suspiciously vague when asked to comment. It all culminated not in a full investigation – the army said the diaries were fake – but in a police raid of Nokta’s headquarters. The magazine has since closed down, citing “pressures”.

Journalism would not be journalism if it did not sometimes court controversy. A widely-read, stirring piece will always find an angry response from a disagreeing reader. But in Turkey, there is an ugly habit of directing that anger not at the opinion, but at the author himself. There is a tendency to approach criticism in a “one size fits all” manner; that is to say, that all critics are troublemakers.

The reality is that a harsly critical story can be ballooned into an act of treason, particularly if the author is not already well-known. It is as if freedom of speech applies only until the point of criticism, and anyone who crosses the line is a troublemaker.

I myself have been dismissed from a state broadcaster for criticising Turkish radio. When the director called me into his office to hand me my verbal notice, he did not comment on what I had written. Instead, he said: “You should have known this would happen. Well, you know now, and you won’t do it again, but you have to go in any case.”

What is interesting about all this is that it is a mindset. It is as if everybody knows there are certain lines that cannot be crossed, and if you do cross them you must be asking for trouble. What it boils down to is the Turkish state being suspicious of everyone – of Greeks, of Armenians, of Circassians, of the Alevi sect of Islam, of Kurds, and especially of Turks.

There is a solution, but it is not an easy one: people must learn to trust each other.