Izmir is the CHP’s stronghold. That is the cliché churned out by the Turkish press in any story about the city’s political prospects. The city’s people are westernised, secular and progressive, the assumption goes, and the main opposition Republican People’s Party (CHP) can rely on their wholehearted support.

But like so many clichés, this one should not be repeated too often because Atatürk’s party is not as strong in Izmir as it thinks.

There are three reasons why CHP supporters in Izmir should be concerned about their 2014 prospects: the AK Party is stronger here than they think, it is fielding its strongest candidate yet, and the incumbent mayor is unpopular in their own party.

1) Izmir is not exclusively a left wing city

The past decade’s elections present an uncomfortable picture for the CHP. It is true that parties of the left have won the mayoralty in most elections* since the 1980s, but the full picture is less consistent behind the throne.

Remember that Turkish local elections are not just about voting for a city mayor. Izmir’s voters also elect members to their provincial assembly and to their local district council at the same time. Look at how the people of Izmir voted in 2004 and 2009:


Yes, these charts show clear CHP dominance over the AK Party in all three elections, both in 2004 and 2009. But they also show something else: CHP mayoral candidates benefit from a “bump” in voters that the party does not see in the provincial or district assembly elections.

AK Party support in all three elections, on the other hand, is remarkably consistent. In 2004 – a strong year for AK – it came a only few thousand votes behind the CHP and equalled its share of provincial assembly seats.

Consider also general elections. Of the 26 MPs Izmir sent to parliament in 2011, the CHP won precisely half – 13. AK took 11. Barely 100,000 votes separated them. It was the same difference in 2007: 11 CHP seats to AK’s 9. The difference between the two parties has been 4 and 6 percentage points for much of the last decade.

In fact, there is no evidence to suggest Izmir is a town of the left at all. Consider this chart of the combined vote share received by mainstream parties of the right and left in each Turkish general election since 1991:

This chart shows that the people of Izmir have overwhelmingly supported parties of the conservative right over parties of the left. If the AK Party can persuade conservative voters that the election is about Izmir and not a referendum on the government’s perceived anti-Kemalism, it could win. Mathematically speaking, Izmir is very much in play.

2) The AK Party has its strongest candidate yet

The candidacy of Binali Yıldırım, which AK announced this week, has been in the works for several years. He was fielded as a parliamentary candidate there in the 2011 election, rather than the eastern town of Erzincan, which he had previously represented.

But his association with Izmir dates back to before he became its member of parliament. As transport minister, he has since 2006 been jointly responsible with Izmir’s mayor for delivering İzban, a planned network of commuter railway lines. He also signed off a motorway construction project that will connect Izmir to Istanbul.

Mr Yıldırım – who has been in the cabinet for longer than the prime minister – was always going to fall foul of his party’s three-term rule. Plans for his Izmir candidacy could be an elaborate attempt to flatter him into retirement, but this feels like something more.

“Interference in lifestyles is the work of those who make politics out of fear and threats,” Mr Erdoğan said at Mr Yıldırım’s presentation this week.

“We have never interfered in the lifestyle of any town. We have not done so in Izmir either, nor we will ignore those who do.”

This reveals the party’s strategy for winning Izmir. AK understands how secularists perceive it as a threat to the way they live their lives. By addressing those fears, they are beginning to explain how they can be good for Izmir. By using a senior minister as their candidate, they’re bringing national attention to a regional mayoral race.

3) CHP is squabbling over its candidate

The mayor of Izmir is Aziz Kocaoğlu, who took over after the untimely death of Ahmet Piriştina shortly after the 2004 election. He certainly intends to become the CHP’s candidate again, but there is a complication.

Six İzmir MPs – Aytun Çıray, Rahmi Aşkın Türeli, Erdal Aksünger, Musa Çam, Birgül Ayman Güler and Mehmet Ali Susam – have complained about him to party leader Kemal Kılıçdaroğlu, who will eventually pick the candidate. Mr Kocaoğlu is unpopular in İzmir, the six MPs reportedly told him, because he snubs members of the local CHP and doesn’t get along with the city’s district councils.

He is the incumbent mayor and no clear alternative candidate has emerged, but disunity in the Izmir CHP’s ranks can only benefit the AK candidate.

Opinion polls indicate the CHP has a solid lead in Izmir and should really have no trouble retaining the mayoralty. But the last decade’s election results show the CHP-AK gap is close – a gap small enough to bridge with an effective campaign and a bit of luck.

For more about the race in this town, see James in Turkey’s Izmir election page.

* There was an exception in 1994, when the left vote was split between three parties, allowing a centre-right candidate to scrape through by just 13,000 votes.

A popular candidate withdraws in favour of the incumbent party - but his name stays on the ballot
byJamesInTurkey.com 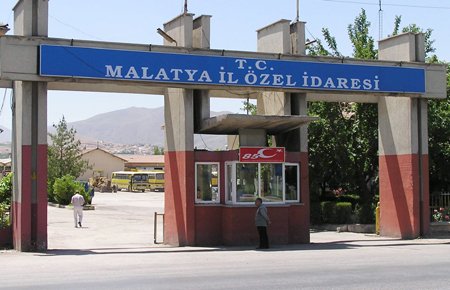 Some AK Party leaders may think tweaking Istanbul council borders is a good idea, but it probably isn’t.…
byJamesInTurkey.com