With less than three weeks left until Turkey’s weary voters trudge to the ballot box to vote in their third election in as many years — this time, to elect mayors and members of their local authorities — a curious tale has cropped up in the capital, Ankara.

For several days now, the top-selling daily Sabah’s front cover has been adorned with the face of Mansur Yavaş, an opposition candidate who is running for the third time to become the city’s mayor.

But this isn’t a rare piece of balanced political coverage from the blindly pro-government daily. 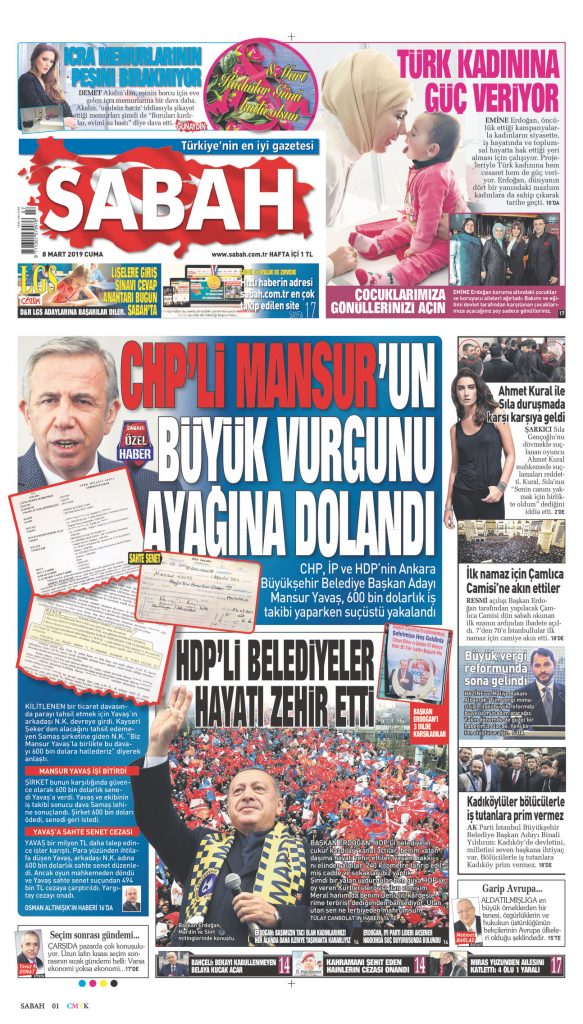 The detail of Sabah‘s story relates to a fairly complicated legal dispute that began in 2009, when Mr Yavaş was a practicing lawyer.

The newspaper alleges that Mr Yavaş abused his position by filing duplicate court claims to recover an unpaid US$600,000 fee that was due to one of his clients.

A lawsuit filed against Mr Yavaş, which prosecutors agreed this week to investigate, additionally alleges Mr Yavaş repeatedly harassed the complainant in order to recover the fee.

There is also a claim that a legal document filed by Mr Yavaş to recover the fee contained a falsified signature.

Mr Yavaş denies the claims; Sabah has made plenty of mileage out of the fact that he refused to grant them an interview.

Those are the broad strokes of the allegations. Mr Yavaş announced a press conference for Tuesday to address what he has termed “the lowest and most immoral attack” of his time in politics. 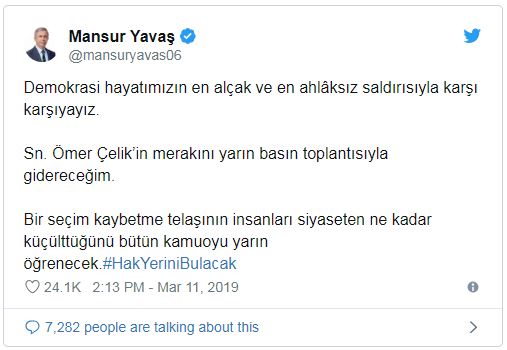 If Turkey were a vibrant democracy and Sabah a lively and cheeky tabloid, there would be plenty of cause for observers like me to furrow our brows and mutter about “serious allegations that warrant due process and investigation”.

But the reality is that Turkey is a democracy on life support and Sabah is the flagship of the country’s glut of pro-government newspapers. What is important about Sabah’s story is not the substance of the allegations; it is the impression it leaves on its readership.

The fact that Sabah’s English-language stablemate, Daily Sabah, hasn’t chosen to repeat the allegations is a sign of the intended audience.

Turkish Sabah readers are conservative and most likely to support President Erdoğan and his AK Party. But Mr Yavaş is no left-wing pansy: he is a Turkish nationalist who is well out of his political comfort zone as the candidate for the centre-left CHP.

That makes him a significant challenger for a mayoralty held by Mr Erdoğan’s party and its predecessors since 1994 — a situation confirmed by the few opinion polls this website has seen. There is every reason to believe Turkey’s governing party could lose control of the capital city.

Of course, it was the same situation five years ago, during Mr Yavaş’s first run as CHP candidate, when the campaign saw attacks on his suitability for the mayoralty.

In 2014, a series of mysterious posters appeared around Ankara depicting him in an embrace with a left-wing, pro-Kurdish politician. The flyers were forgeries, a clear attempt to attack Mr Yavaş’s conservative credentials.

On election night he came within a whisker of toppling four-term mayor Melih Gökçek in a count that stretched into the small hours of the morning. The official results feed showed the gap between the two candidates narrowing to as little as 10,000 votes before the count suddenly stopped for several hours.

Under Turkey’s judicial system, Mr Yavaş has ten days to submit a written statement defending himself against the allegations before a prosecutor decides whether there is enough evidence to take the case to court.

But this hardly matters: what is important is how often words like “fake”, “abuse of office”, “loot” and “$600,000” can appear alongside the opposition politician most likely to cause an electoral upset in less than three weeks.

Update (18 September 2020): A year and a half later, well after Mansur Yavaş was elected Mayor of Ankara, a court acquitted him of all charges. The opposition daily Sözcü reported a man named Necmettin Keskin (identified only by his initials in the Sabah story above) was convicted of making false allegations. 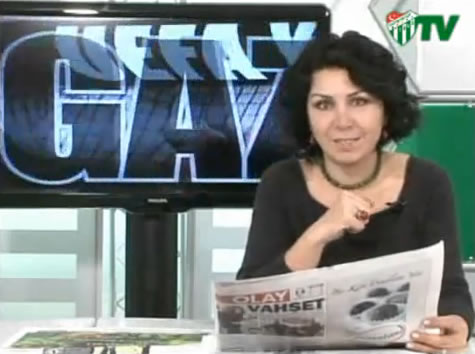 Is Bursa a racist town?