No-one admits to enjoying a sex scandal, but just about everyone revels in the sordid details. This is particularly true when a politician is involved: think of the Profumo affair, which rocked British politics half a century ago, or more contemporary cases like the exploits of former US congressman Anthony Weiner. Both generated page upon page of copy that a hungry public lapped up.

In prudish Turkey, where media coverage supplies double the intrigue and half the facts over just about anything, there is no excitement or gossip. The fallout from a Turkish sex scandal is just excruciating.

Last week’s furore surrounding an allegation involving the most senior woman in Turkey’s nationalist party is a perfect example.

It happened during a live political chat show on A Haber, a pro-government channel, where the talking heads were attacking Nationalist Movement Party (MHP) candidate Meral Akşener for herself appearing on a rival Gulenist network.

“Meral Akşener’s situation is really pitiful,” says commentator Cemil Barlas on the programme, adding: “Maybe she’s afraid of something. Does she have a [sex] tape of her own or something?”

The presenter then turns to Latif Erdoğan (no relation), another commentator, and asks if he knew anything in particular about Ms Akşener’s past.

“I don’t know her well [but] what Cemil says is true: she is someone who has a tape. It is right now being held. She is now being held captive and will do whatever they [the Gulenists] tell her to do.”

Latif Erdoğan also makes a crude joke about their conversation being more appropriate for a funeral, to guffaws from fellow panellists.

That’s it. Latif Erdoğan did not produce any evidence, nor did he choose to pepper his language with the word “allegedly”. He was perfectly content to accuse Ms Akşener of being blackmailed with a sex tape.

Most Turkey followers will be aware of what happened next: there was an outcry across the political establishment. The comments were denounced by just about everyone you can think of, from president and prime minister to opposition leaders. Ms Akşener said she received calls of solidarity from senior AK Party wives. She’s also taking legal action.

The episode is typical of Turkey’s love for conspiracy theories. Remember Deniz Baykal, the former opposition leader? He stepped down in 2010 after a suggestive video circulated online apparently depicting him in the bedroom with a woman who was not his wife. The video had all the hallmarks of a forgery – it was silent, blurry and rarely showed faces – and Mr Baykal denounced it as a conspiracy against him.

“I will not surrender to this dark campaign,” he had thundered in a press conference on 10 May – in which he announced his resignation. To this day no-one really understands the truth behind the scandal. Were the recordings genuine? If fake, was it nonetheless true that Mr Baykal had an affair? Who made the video clips? Who circulated them? Those questions are unanswered partly because there are few journalists who have the resources or the job security to investigate it.

But that didn’t stop people in Turkey coming up with their own explanation to fill the void. Some say Mr Baykal was the victim of sting organised by Kemal Kılıçdaroğlu, his mild-mannered successor. Some ridicule that theory and say it could only have been henchmen acting under Recep Tayyip Erdoğan’s orders. Other dismiss that, arguing Mr Erdoğan revelled in having an opposition leader as ineffective as Mr Baykal – he would never want to get rid of him.

The case of Ms Akşener is no different. The Turkish culture of deference to seniority means people will believe just about anything any grey old man says on television, provided he does it with conviction.

Let’s be clear: there is no reason to believe the allegation against Meral Akşener because there is no evidence. All it has done is to increase her profile – and you won’t get many in the MHP complaining about that. 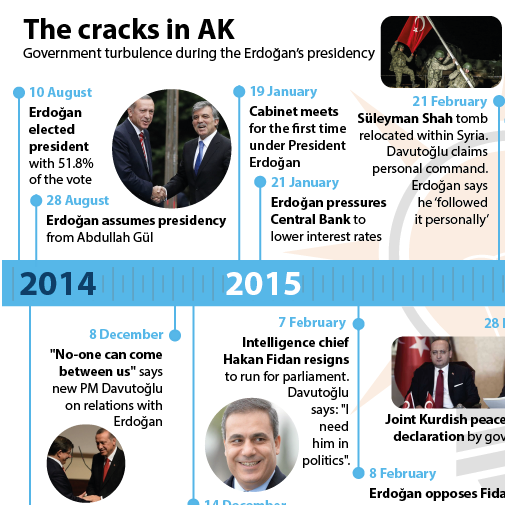