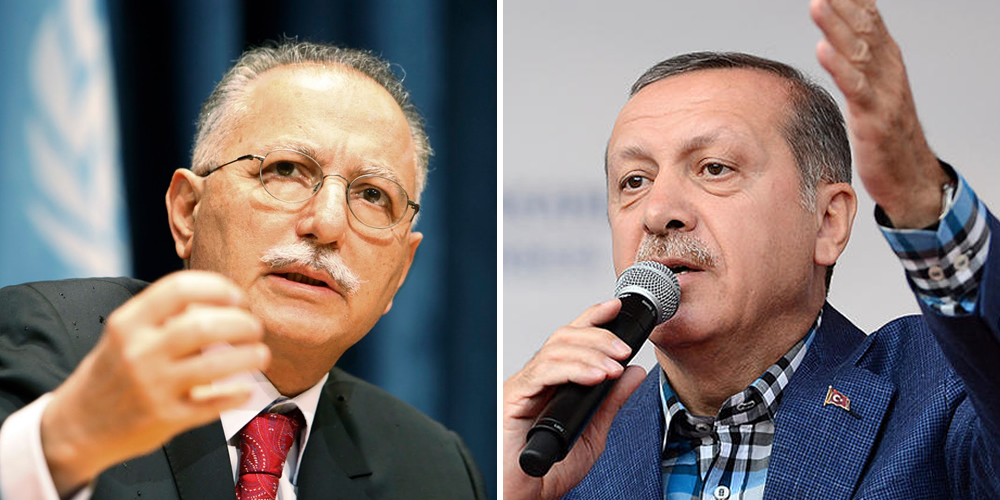 And now we know. After months of wrangling, Turkey’s main opposition parties announced today they were nominating the former leader of a Muslim intergovernmental body as their candidate for president.

Ekmeleddin İhsanoğlu, an academic who led the Organisation for Islamic Cooperation for a decade, was the surprise name announced after weeks of talks between the centre-left Republican People’s Party (CHP) and the nationalist MHP.

A surprise, because few analysts – including this one – expected someone quite so closely associated with religion. But Mr İhsanoğlu could prove to be a shrewd choice yet.

He isn’t a politician and has previously dismissed suggestions that he might enter politics. This, the journalist Murat Yetkin told NTV earlier this afternoon, means he “fits the traditional model for the Turkish presidency” – that is, an apolitical figure who considers the country’s interests first.

This makes him similar to former president Ahmet Necdet Sezer, who was a judge at the head of Turkey’s Constitutional Court went he was nominated in 2000 – also in a cross-party deal.

Apolitical figures like Mr Sezer and Kemal Derviş, a World Bank vice-president who was drafted in to fix the crumbling economy in 2001, initially attracted great popular support in Turkey because of they were seen as working in the national interest. Mr İhsanoğlu could potentially follow this line.

But he cannot escape the fact he has spent the last decade leading what is effectively the United Nations for Muslim countries. This might draw him some support from disillusioned, pious supporters of the governing AK Party, but they will be vastly outnumbered by sceptical Kemalists who believe his secularist credentials are not sound.

Mr İhsanoğlu is sure to make a public pledge of allegiance to Ataturk’s principles within days, if not hours. But the fear is that secularist voters will opt to stay away on polling day.

But can he win?

There are barely eight weeks remaining before the first round of voting, and Mr İhsanoğlu is the first serious candidate to come forward. His rival will be the prime minister and AK Party leader Recep Tayyip Erdoğan, who hasn’t formally declared but is certain to run.

Mr İhsanoğlu’s comparatively early declaration is no advantage though: he is an unknown facing the single most popular and charismatic politician in Turkey today. Mr Erdoğan is thought to have between 45 and 47% of the popular vote in the bag already, meaning an outright victory for him in the first round is a distinct possibility.

Much will therefore depend on how the parties backing Mr İhsanoğlu choose to campaign for him in the coming weeks. Aside from the CHP’s grumpy secularist base, the main constituency to rally to his cause will be Turkey’s Kurdish voters. Their leadership has not endorsed a candidate yet but were leaning towards the prime minister as their best chance of securing peace in their decades-old conflict with the Turkish state. Now would be a good time for Mr İhsanoğlu to declare his support for the Kurdish peace process and for his nationalist MHP supporters to turn a blind eye.

If the election was this Sunday, Mr Erdoğan would clearly win and most likely in the first round. He will probably win the actual election in August too. But Turkish election campaigns are fickle things – I’m not ready to call this one yet.