This election has seen nearly 700 independent candidates across the country. Never before in a Turkish election have there been so many. With the AK party’s victory just about certain, it might be interesting to note that at least six independents have entered parliament already.

Among them is the former prime minister Mesut Yılmaz, who was running as a candidate from the Black Sea town of Rize. He is a former member of the centre-right Motherland Party – given his MP status, he could be a candidate for leadership of the Democrat Party, which has literally been vacated in the last hour.

Ahmet Türk and Aysel Tuğluk, co-leaders of the Kurdish DTP, have also entered parliament. The size of their DTP contingent remains to be seen. An interesting pro-Kurdish name is Sebahat Tuncel, who is running in Istanbul but is currently serving a prison sentence – she has also guaranteed a seat.

Elsewhere, the AK party are doing extremely well in the Aegean, a part of Turkey that is traditionally secularist and, by consequence, pro-CHP. The CHP have pulled ahead in Izmir, but are suffering considerable losses elsewhere, and it seems that the Nationalist Action Party (MHP) is shaping out to be the alternative party of choice to the AK party.

Things to watch out for:

1 – The second placed party. The AK victory is almost certain, but the CHP’s position as the main opposition party is looking very shaky. Officials at CHP headquarters are said to be “stunned”.

2 – The size of the AK party majority. It looks likely that AK will be able to govern alone, but with three parties now guaranteed to enter parliament, both the AKP and the CHP will return with fewer seats than they won in 2002.

3 – The southeast. The number of those independent MPs who have vowed to join the DTP upon election cannot be predicted yet. They are aiming for at least twenty, so they can form a parliamentary group, which would give them added weight. 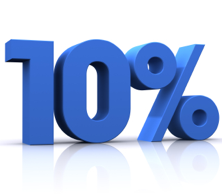 This historic AK Party victory should not go unchecked; a credible opposition is a vital part of any democracy.
byJamesInTurkey.com