In search of a Turkish Macron

Kemal Kılıçdaroğlu is not the man who can defeat President Erdoğan, but he’s laying the ground for someone who could

The statistics, oft-repeated, are very impressive. The leader of Turkey’s main opposition party walked, rain or shine, along the 432-kilometre road connecting the country’s capital to its largest city. It took 24 days for him and his followers, often numbering in tens of thousands, to complete the route.

He ended it yesterday with a rally in Istanbul’s Maltepe district, easily the largest of Kemal Kılıçdaroğlu’s career.

All throughout he carried either a placard or wore a baseball cap carrying the single word adalet, or justice.

It was a true accomplishment in the short term for Mr Kılıçdaroğlu – for three reasons.

First, he managed to elevate it beyond his own party. The CHP logo was barely anywhere to be seen over the past month. Instead, figures from disparate backgrounds were seen to march alongside him, nationalists and the pro-Kurdish HDP included.

Even AK Party members privately accept the overriding point that Turkey’s justice system is in a critical state.

To unite all these people behind the Turkish flag is a triumph. It is straight from the book of President Recep Tayyip Erdoğan, much of whose recent success has come from portraying himself as a unifying leader representing the entire country.

Second, the CHP leader succeeded in unsettling the government. In a remarkable repeat of the April referendum campaign, President Erdoğan and his ministers feebly dismissed those who support the march as terrorists.

The rhetoric was then toned down until the president found himself complaining about the disruption to traffic. There was little the government could do to discredit or stop the march, and so it continued.

Third, Mr Kılıçdaroğlu has silenced all voices of dissent calling for his head within his own party, at least for the moment.

But despite this success in the short-term, the longer-term challenge remains unchanged. There is little – yet – to suggest the Justice March will yield a political movement to harness the tens of millions who voted No in April’s executive presidency referendum.

The task is tremendously difficult: to find a Turkish Macron. Using the newly-elected French president as a shorthand to explain the task might be novel, but the search itself is not.

It is only through the emergence of a crowd-pleasing, magnetic, unifying politician that President Erdoğan will face his toughest electoral test – because those are the precise qualities that brought Mr Erdoğan to power in the first place.

Who is that candidate? At this stage, in the summer of 2017, there is no obvious individual.

The people it cannot be

It isn’t Selahattin Demirtaş, the co-leader of Turkey’s biggest Kurdish party, whose charm and charisma did much to win his party an unprecedented six million votes in 2015.

He’s been in jail awaiting trial since November and, even if he wasn’t, the fact remains that a politician of Kurdish origin is always going to have limited electoral appeal in Turkey.

It isn’t going to be Meral Akşener either – for the opposite reason. Since being expelled from Turkey’s main nationalist party she has built a name for herself as a straight-talking firebrand who could set up a mass-appeal centre-right party that rivals the governing AK Party.

But her position as a Turkish nationalist will ostracise Kurdish voters in the southeast – voters who could and have easily voted AK, or Erdoğan.

Nor will the new Macron be Mr Kılıçdaroğlu himself, despite his efforts, both personal and physical, during his seven-year leadership of the CHP.

He is still personally unpopular among non-CHP voters and polls poorly compared to other party leaders. For many, it’s the fact he isn’t a charismatic crowd-pleaser to rival President Erdoğan that condemns him to perpetual cycles of defeat – seven of them since 2010.

The next election – a combined presidential and parliamentary poll – is in 2019, meaning there could be less than two years to find someone who can convince Turkish voters that it need not be a coronation for President Erdoğan.

Two years on the clock, and running out fast. But Emmanuel Macron did it in less than that. 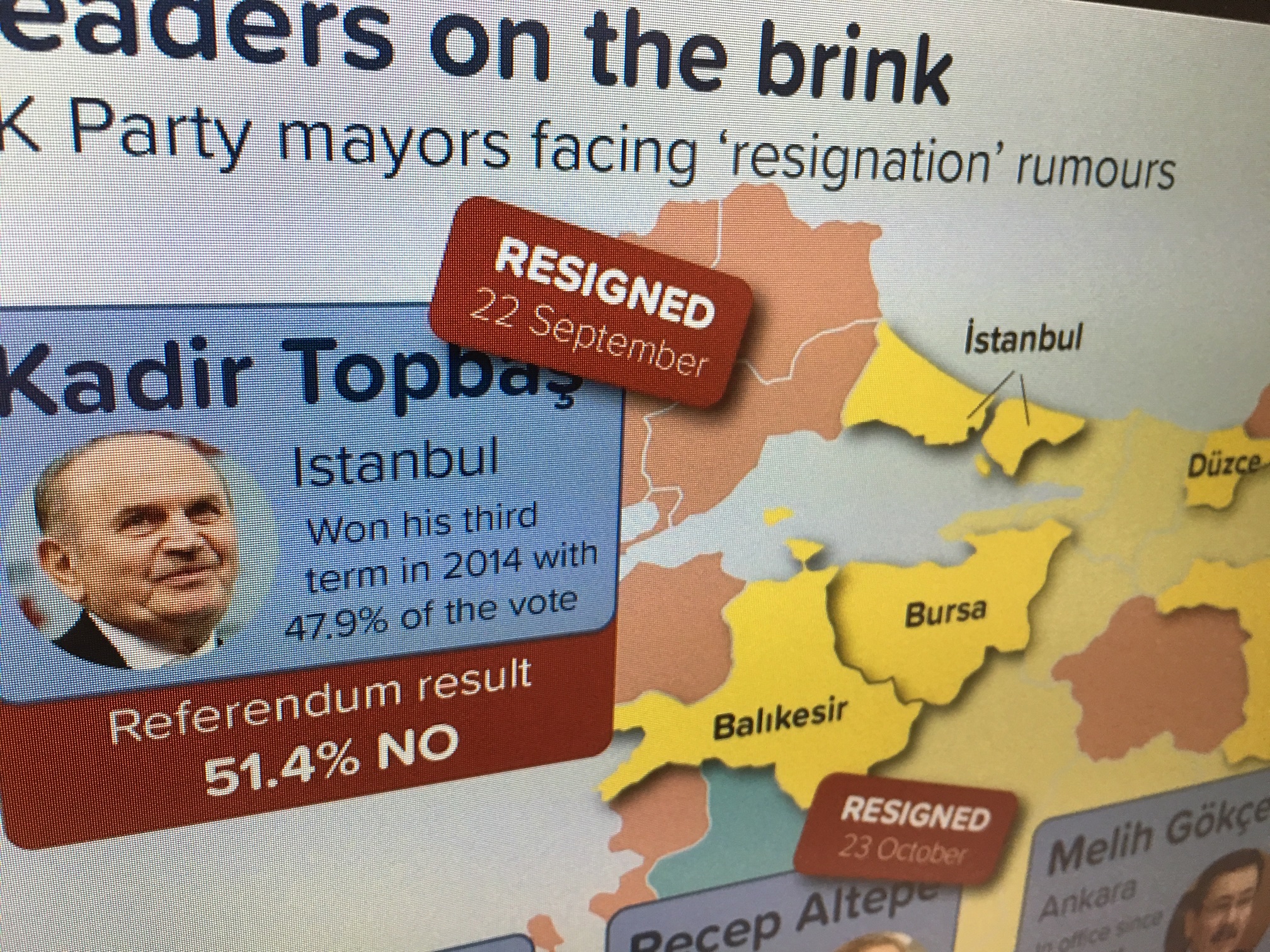