The Turkey or the egg? Consider, if you will, the curious case of Turkey’s ambiguous name. It can mean one of two things. The first is a parliamentary democracy of 75 million squeezed onto the Anatolian peninsula and home to one of the largest cities in the world. The other is a large bird that American presidents have a penchant for pardoning every year.

Neither makes a decent bottle of wine – but beyond that, they have few things in common.  The bird is not indigenous to the country. In the country’s main language, the bird is named after another country –  India. You cannot seriously confuse the two.

But some people in Turkey see clarity as an opportunity for bewilderment: there is a campaign, growing in voice, for the country to adopt Türkiye as its English name.

The move would not be without precedent. In the 1980s, Ivory Coast’s government politely asked the world that it thenceforth be known as Cote d’Ivoire. Burma became Myanmar, although not to universal appeal. Change Turkey’s name to Türkiye and who would care? Besides, think how helpful it would be.

Think of the poor souls who, upon reading the headline “Turkey condemns Syrian aggression”, would wonder whether a rebuke from poultry will finally break Bashar al-Assad into submission. Or the confusion that must reign supreme when you come across “Turkey Catering Ltd” when looking for someone to provide the food for your wedding. Is it the bird? Is it the cuisine? Aman tanrım!

An adherent of the Türkiye policy would interrupt such puerile, sarcastic arguments at this point and adopt a solemn expression. “This is serious,” they would say. “It affects our country’s image abroad.”

Here’s psychologist Nur Yaycıoğlu, who says it’s about time the Turkish people rallied together to persuade their government to change the country’s English name.

“Does it not besmirch our honour?” she thundered in her Milliyet column in dying days of 2012.

“Every Turkish product and activity is labelled ‘Turkey’, which makes it like the advert for a brand of the bird.

“This is not just an emotional, individual problem that concerns a single group. It is the reason that all the people in the world associate 75 million Turkish nationals with the bird.” 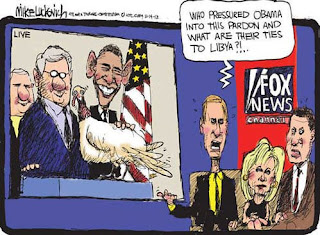 Dr Yaycıoğlu is far from alone: a Facebook campaign, albeit a lacklustre one, is calling for the very same thing has attracted 7958 likes. Trawl through its timeline and you’ll see satirical cartoons and Sesame Street videos that plan on the Turkey pun – demeaning the country in the process, the campaign argues.

But there is no reason to look to the classic chicken-or-egg causality dilemma to answer this one: the country was definitely first. Turkey is named after its predominant ethnic group, the Turks. It derives from the French, Latin and Greek forms of the word, all of which mean the same thing: “land of the Turks”. It is the bird that took the country’s name; not the other way around.

The Türkiye campaign is far from gathering any serious traction, but the instinct to deploy crude, defensive nationalism should still be a little worrying to some – and not really too surprising.