The emergence of this website author’s political awareness at the turn of the century coincides fairly neatly with that of the AK Party, led by Turkey’s most successful political leader since Ataturk.

Last night, 31 March, the night of Turkey’s local elections, produced something I have not witnessed in all that time.

Never in my adult life have I seen Turkey’s opposition — fragmented, bitter and colossally self-obsessed — put on an election show of the kind I watched last night, especially in Istanbul and Ankara.

I saw ample evidence of solidarity, resilience and strategic planning, and these are phrases most seasoned observers of Turkish politics would never attach to parties other than the one that has been in government since 2002.

They just aren’t qualities you see in the opposition.

There was solidarity: Turkey’s opposition parties worked together to confront electoral scales massively tipped against them. Sometimes, this was in a formal deal, like the alliance between the centre-left Republican People’s Party (CHP) and the Iyi Party, a smaller centre-right outfit.

In other case, it was by not tearing lumps out of each other — especially in the case of the pro-Kurdish Peoples’ Democratic Party (HDP).

There was resilience: the opposition predicted there would be slurs, abuse and tempting offers to switch to the government side.

The parties weren’t invulnerable, but mostly stuck to their message — even when it was implied they were somehow treasonously opposed to the Turkish state and colluding with terrorists

There was a strategy: the CHP’s actions in Istanbul and Ankara over the last 24 hours showed they had learned the lessons of bruising defeats of as long ago as 2014 and as recently as last June.

Win or lose, Ekrem İmamoğlu’s crisis management overnight makes him a rising star. The opposition’s Istanbul mayoral candidate held dozens of press conferences overnight which, despite being carried online and by only a handful of conventional broadcasters, were hugely successful at ensuring he controlled the narrative as the results rolled in before stopping for hours without explanation.

There’s going to be a lot of talk over the coming days and weeks about the “spirit of 1994”: Recep Tayyip Erdoğan, himself a shunned figure from a belittled political tradition, burst onto the scene as Istanbul mayor that year and fought through to reshape Turkey.

Yes, there’s a parallel with Mr İmamoğlu, but the man who is now president endured slander in the press, the indignity of removal from office and imprisonment over the next eight years.

So a new dawn has not broken for Turkey this morning — yet — but, to labour the metaphor, we may have seen the first lights.

It would be callous to write off the government: dirty though many of the AK Party tactics are these days, much of its success lies in its leader’s ability to be reflective and self-critical when required.

The president hinted heavily last night he’ll do precisely that. 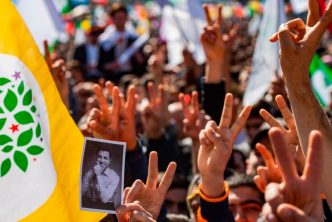 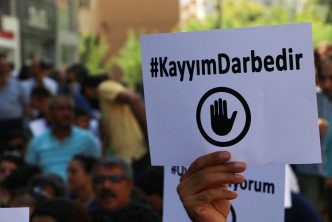 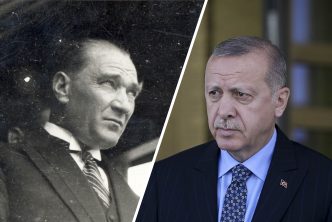