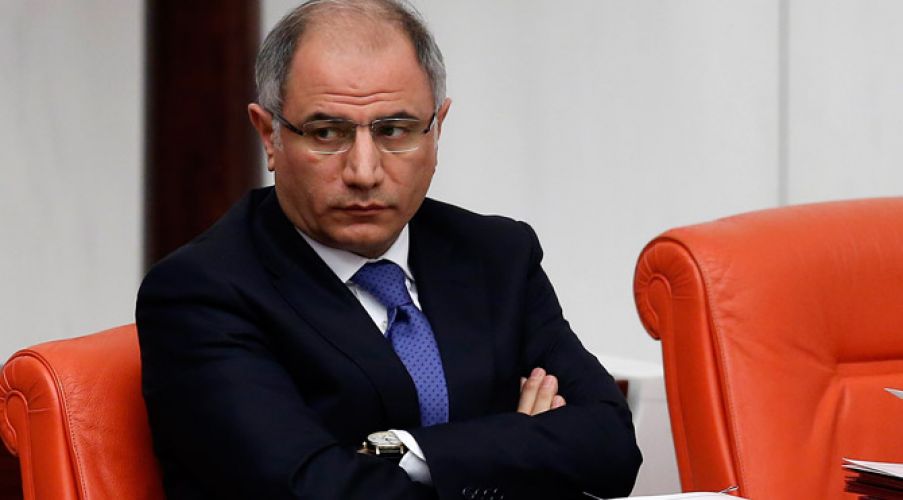 An interior minister bows out

An otherwise uneventful Wednesday evening was punctuated with the news that Efkan Ala, Turkey’s interior minister for much of the last three years, has resigned.

The news was a surprise both for its content and the way it was made public: Prime Minister Binali Yıldırım announced it in a statement that lasted a little over one minute. It followed a flurry of behind-the-scenes activity throughout the day involving President Recep Tayyip Erdoğan.

Mr Yıldırım took no questions during his televised remarks; there has been no word from Mr Ala.

Turkey’s interior minister is responsible for overseeing citizens’ identity cards, issuing passports and the police. The brief was widened at the end of July to include the gendarmerie – a unit traditionally considered part of the military – and the coastguard.

The inevitable question is whether Mr Ala jumped before he was pushed, but the information is sketchy.

CNN Türk’s Ankara reporter Hande Fırat – you’ll remember her holding up her iPhone to show viewers her FaceTime call with Mr Erdoğan on the night of the July 15 coup – hinted it was significant Mr Ala leaves the role after that coup attempt, but did not elaborate.

Rumours that he is on course to become the next head of a reformed intelligence agency are not true, she said.

Since Mr Ala returned to the role in November following the 2015 elections, Turkey has experienced one of the most violent periods in its history.

By one measure there have been 17 major bombings and nearly 600 fatalities during his term. He may possibly have been made a scapegoat for this, but it’s unlikely: the factors motivating Kurdish militant activity and Daesh/Islamic State are well above the paygrade of a humble interior minister.

And Turkey’s pro-government press, which can be a good if somewhat crude barometer of the leadership’s thinking, has been mostly factual on the subject, reporting Mr Yıldırım’s statement and the first remarks from the new interior minister (“It was a surprise for me too”).

There isn’t any suggestion either of links to Fethullah Gülen – indeed, Efkan Ala was the man originally brought in on 25 December 2013 to crack down on suspected Gülenist sympathies within the police.

Seasoned Turkey followers will remember December 2013 was when the police conducted a wave of arrests targeting AK Party officials and others on corruption charges; the government holds Gülen and his followers responsible for this.

So if it’s neither an imminent job swap, nor gross incompetence, nor Gülenism, what is it?

The answer may lie in the manner of Mr Ala’s departure, which Hürriyet speculates was ordered by Mr Erdoğan himself.

Later in the evening, Mr Erdoğan held an unscheduled meeting with his prime minister, who then made his shorter-than-an-egg-timer announcement.

A question of trust

Mr Ala was an Erdoğan appointee. He served for six years as an adviser to the then-prime minister and before becoming interior minister in 2013. He wasn’t even in parliament at the time; hundreds of AK Party MPs were passed over for the role at a time when Mr Erdoğan wanted his most loyal colleagues in key government roles.

But Mr Ala’s successor is even more loyal. Süleyman Soylu is the former head of the Democrat Party, now a minor centre-right outfit that has its roots in Demirel’s DYP of yore.

Mr Soylu was personally poached by Mr Erdoğan in a 2011 bid to absorb the governing AK Party’s conservative and religious rivals.

Much is also being made of Mr Soylu’s personal efforts on the night of the July 15 coup. He rushed to defend TRT, the state broadcaster, when soldiers took over its airwaves.

Some on social media are mischievously circulating a 2015 report in Sözcü, an opposition newspaper, chronicling Mr Soylu’s attacks against the Erdoğan government from when he was DP leader.

“The man who cannot even manage to stay atop a horse,” was one Soylu quip. Another went: “He sees himself as a sultan.”

What Wednesday’s resignation does is illustrate how power flows in the Turkish cabinet: from the top down, with not the remotest sign of public dissent.

Gone are the days when a deputy prime minister can openly criticise his boss on live television. This afternoon, Mr Ala will exchange pleasantries with Mr Soylu at a formal handover ceremony at 2pm.

Then he will be gone.